skip to main | skip to sidebar

Transforming cheap to a million dollars.

It's tiring going to bridal boutiques (just been to 3 so far, and am sick of the whole works already) and walking out less than impressed. Many times, I am so tempted to just get a 'normal' dress, but that's so saaaaaaaaaaaad. You know I stumbled on a $10, 000 wedding and am just awed by the brilliance of a featured blogger guest, Kimi. B-R-I-L-L-I-A-N-C-E. She deserves to be worshipped. Ok I'l stop ranting, but you'll really see how wonderful she is. Kimi got a $65 (US Dollars) white dress from Target and transformed it into a work of art that is truly hers and hers alone. I'm so inspired by how far any bride can go with just a little creativity. Unfortunately, DIY just doesn't seem to work in Sing, at least its not too common, but that's not gonna deter me from givin' it a little thought. Now, drool away!

I managed to take a look at Kimi's flickr set (where all the above pics come from) and found out how she did it. "I cut out all the leaves/vines/critters/words separately from this rubber-backed velvet I found in the basement of a fabric store, then hot-glued it all onto the dress. Many weeks and blisters later, voila. Lots of people thought it was from one piece, but I tried that out and gave up that idea waaaaaay early. I just glued them right next to each other or slightly overlapped. I put down vine lines first in a way I thought looked graphically good, then basically sat down on the dress with a pile of cutout leaves next to me and glued each one on. It wasn't too planned out, the only thing I really planned out was where the vines went, to make a basic structure. But there's lots of other things you can try if that sounds too complicated! I also wanted to do ribbons of almost the same color, with leaves sewn on, like vines coming off the dress rather than right on it. And silk flowers!! 3D! Now I want to make another dress."

A flickr group {On a Wednesday} was form in honour of mid-week {today!} and I discovered amazing contributions of poeira da estrada to this set. I love the feel of these photographs 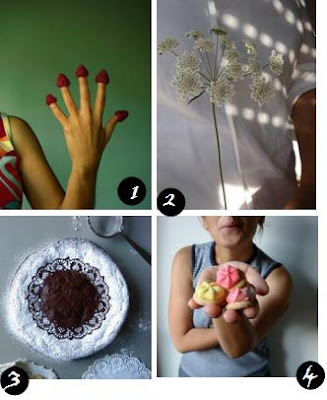 1. wednesday {58} amélie is named after one of my favorite movie character - amelie of montmarte. besides, who would turn down a picture of rasberries like that! How cute. 2. wednesday { 1 } is just simple. i love the shadows. 3. wednesday {33} birthday cake has a silhouette of a doily. doilies were a big part of my childhood. my mom used to place them just about everywhere. 4. wednesday {52} sweet kisses are sweets called "beijinhos" (kisses) in portuguese according to poeira da estrada. we have something like that in singapore - little round biscuits topped with a colored swirl of sugar. they come in yellow, pink, white, green. {nostalgic}.

There's another inspiration board contest courtesy of DIY Bride. As you can tell by now, I'm really into these things so I'm givin' it a go. The catch is, all the essential items (bridal gown, accessories and shoes, at the very least) should not go beyond US$500. This is wat I came up with (all @ USD 334.85). *cross fingers* 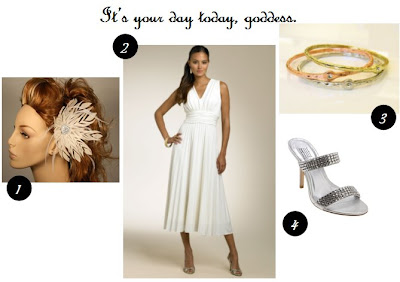 Tiers for my yummies.

~ via Style Me Pretty

I should be doing other things at this time of the day, but I haven't done coffee yet and I'm stoning so might as well be constructive and pop by Style Me Pretty, one of my many favorite wedding blogs, where I get my daily dose of (LOADS!) of ideas & inspiration from. I'm so glad I did drop by. My own customised cupcake tier it is! Now I'm gonna think about it the rest of the day. 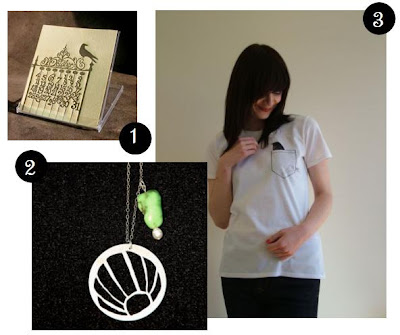 "Page and her husband just bought Stephanie and Christian a house in Provo, in the tree-lined foothills where Stephanie grew up. There's a view of the mountains she loved, which fall is painting red and orange as Stephanie sleeps. The house is in the center of her family: just a half-mile from Courtney, Page and their parents. Lucy is eight minutes away. There's a white picket fence on the side, an apple tree in front, peaches and plums in the back. The eastern fence is covered in grapevines. ..." Stephanie, Christian, their kids and most of all, Stephanie's sisters continue to inspire me because of the strength they find in each other in the face of a tragedy. To read the full article, click here. 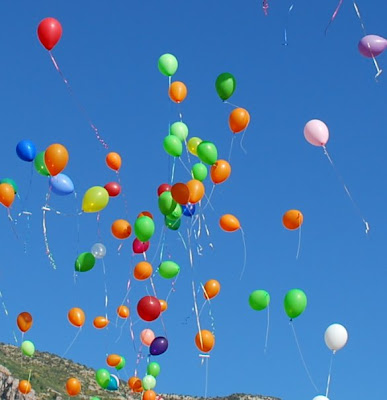 ~ Photo courtesy of Denae via cjane.
.. also here and one of my many, many favorite posts of Stephanie's - this, and you will see why. 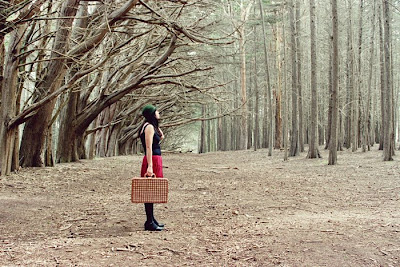 ~ In the Woods by Michelle Gibson via FILEMAG If budget permits, I'd have gorgeous these eye-cand(ies) above.

I heart this look. So chic, so elegant, so simple yet gorgeous. I could go on forever.

I keep stumbling upon lovely ceramic pieces. The ring bowl by Paloma's Nest is a great alternative to a ring pillow. Words are customizable and, at least the bowl can be used for small change/keys after the wedding. What does one do with a ring pillow after its brief appearance during the ceremony, anyway? 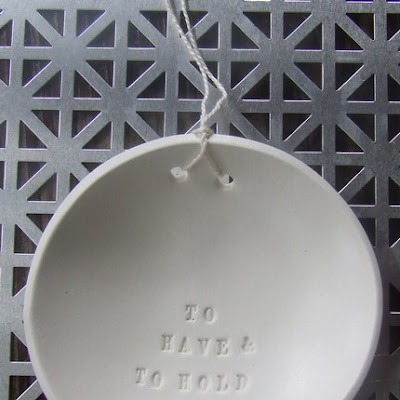 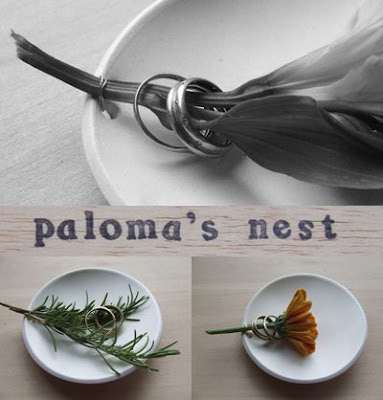 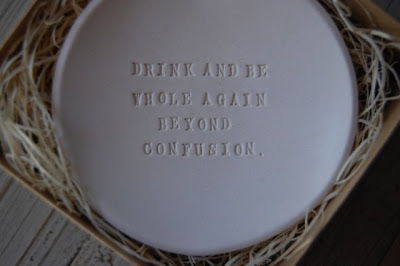 I love these dresses from Romona Keveza, especially "the" 1 in the middle. 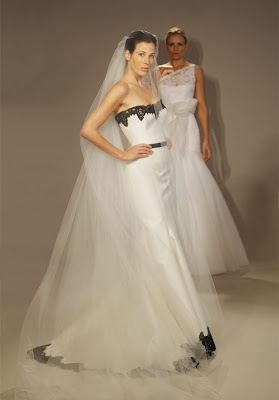 It's a busy, busy, busy week with tons to do at work. Strangely enuf, I'm beginning to like my job. Ha! It's time to reward myself with visually stimulating images. Parisien Macarons! 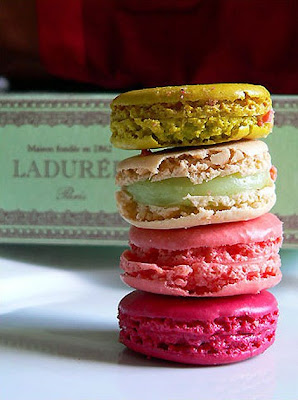 It's hip to be eco-conscious these days. Some might think its pretentious *think* Anya Hindmarch's "i'm not a plastic bag", bag. But I genuinely think lush green decor (for interiors and even weddings) eg. succelents, moss, pebbles even wildflowers (i heart!) scream unconventional, primitive, down-to-earth and oh-SO-chic! 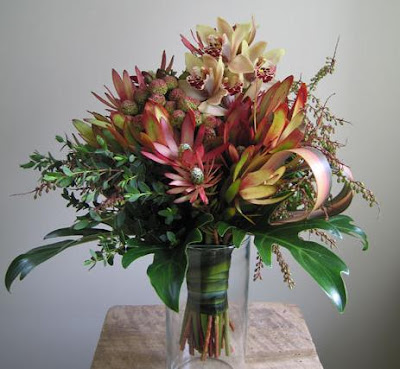 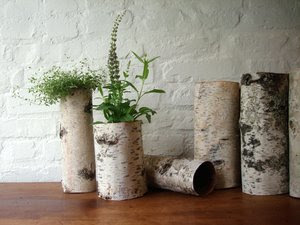 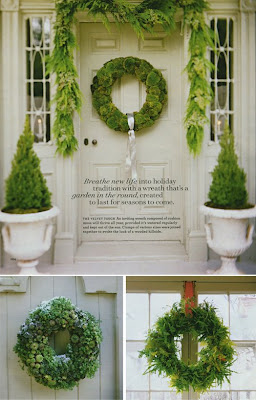 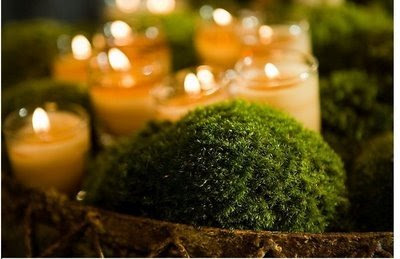 Have you ever wondered if Sylvester ever ate Tweety and if Tom ever got hold of Jerry?
I know I did.

Oh, how I love succelents and poppies! and my never-ending love affair with polaroids! 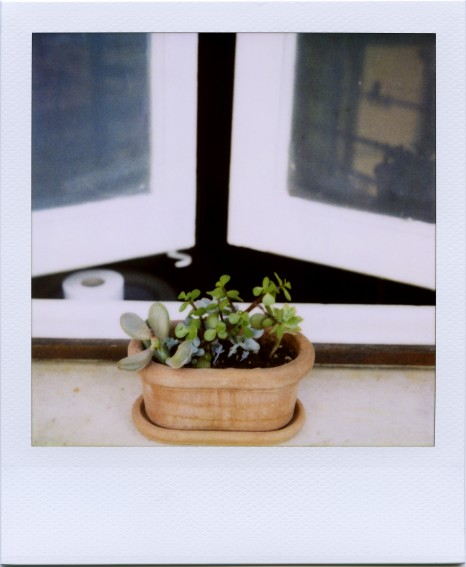 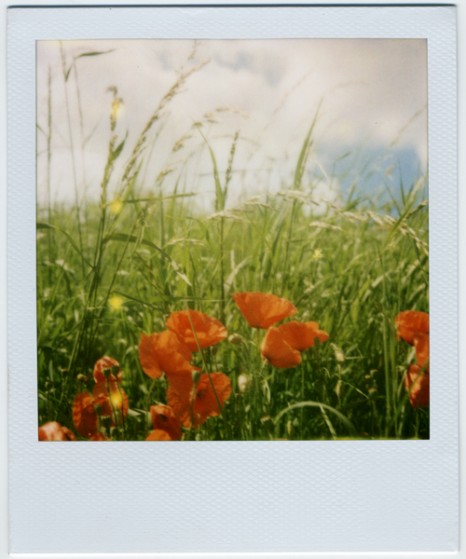 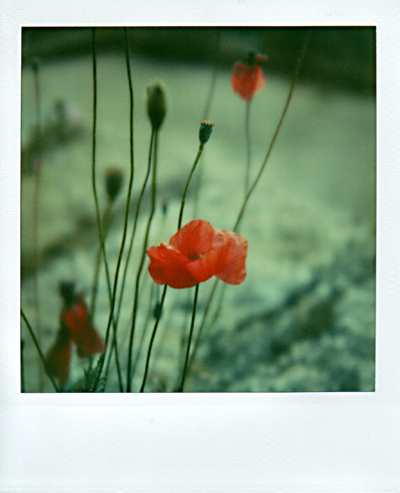 just to side track, the most delicious cakes in the world are poppy seed cakes. hic.

I think Vicky Cristina Barcelona is worth every penny! Of course, anything would work with Barcelona as the backdrop. Nothing much was expected of the movie as all I wanted was a walk down memory lane but it turned out to be thought provoking, at least for me.

Spanish guitars made me happy. Javier's poet father and his insistance to not publish his poems because he hates the world was intrigue-ing. His patriotism was admirable. The charming houses were lovely and the characters' exhuberance and creative spirit - them giving their all for the arts was enviable. Penelope Cruz, as Maria Elena makes the movie work, lends it sparks and comic as the character of Javier's neurotic wife. It is refreshing to see a passionate, intense, raw relationship that overshadows the sterile ones we see day in and out, even in hollywood movies. Scarlet Johanssen stars as the free spirited girl who searches for something she does not even know of. Her best friend, Vicky thinks she has it all and tries hard not to jeopardise what she possesses already with her shaken resolve, all thanks to the um ... bedroom eyed Javier, whom I think ... looks funny. He looks funny when he kisses. Hahaha!

Meanwhile, I'll leave you with Barcelona, of course. 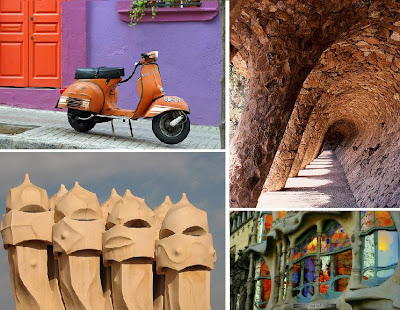 Ok, I'm now worried after reading what Meg wrote. She's got 10 full months to her wedding and has done practically everything! Ok, just a brief update, we got the following done:

Yet to be done: This looks like a whole lotta work. It's time to get organised! Meanwhile ... 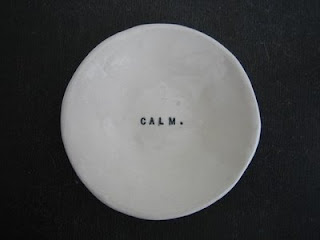 Newer Posts Older Posts Home
Subscribe to: Posts (Atom)
About Me: ... I collect elements that have peaked my fancy into my blog for inspiration.

"Ring the bells that still can ring. Forget your perfect offering. There is a crack in everything. That's how the light gets in." ~ Leonard Cohen